For his birthday back in December, Steven received a 'a Tandem sky dive' and he then decided to sponsor Imogen to go Chennai Challenge. So last Tuesday we went to see my brave husband just do that!
We arrived at Hinton skydiving centre at 10 and I was surprised to see so many people already there. 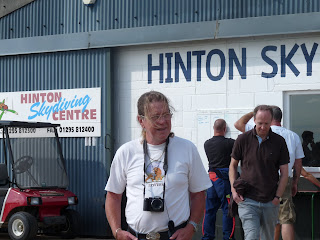 The organiser started to write names on the board and then called them out for the first load. We heard our name so we went in the hangar where the organisers were giving out the suits and goggles only to find out that one of the photographers was called Abram too! Steven was in the third load. Time to talk to other 'brave people'. There were supporters of other charities too, i.e. a seventy y.o. woman was jumping to support the Alzheimer's Society .  She told me that it was her fourth attempt, earlier dives had been cancelled because of the weather conditions. Not the case this morning: sunny, beautiful blue sky, only a few white clouds. The first load of people embarked and it took some time for the plane to move to 13000 feet. You could hear it but it was difficult to spot it because of the height and the clouds. 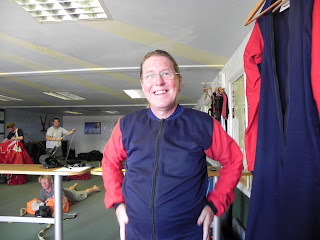 First part of the suit! 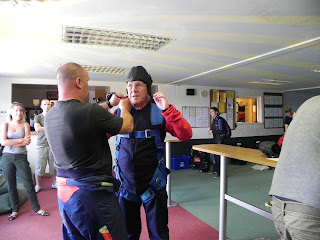 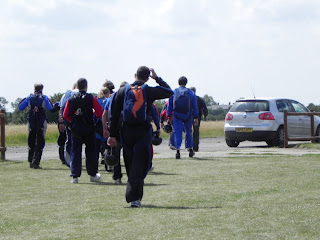 Moving to the plane. I am nervous. I know he is not! 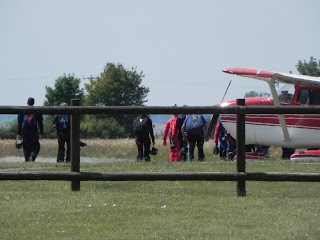 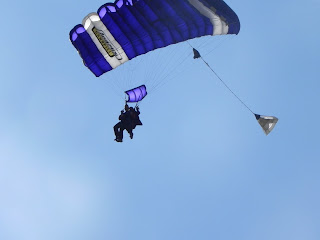 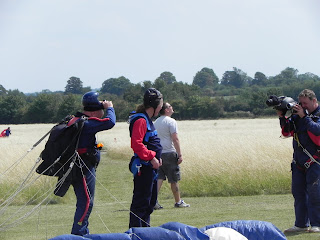 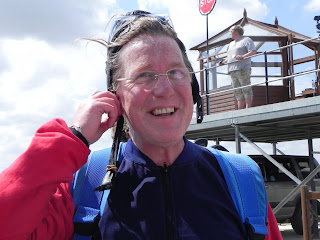 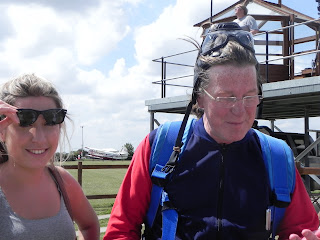 What a wonderful experience this was. Praise be to the Lord! Have a blessed week-end. N