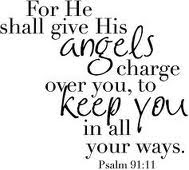 For He shall give His angels charge over you, to keep you in all your ways! I say amen to that! 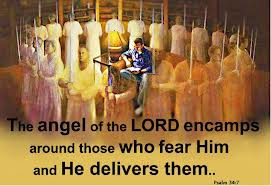 Posted by N Abram 3 comments: Links to this post

Email ThisBlogThis!Share to TwitterShare to FacebookShare to Pinterest
Labels: angels, Jesus, Light of the World, protection 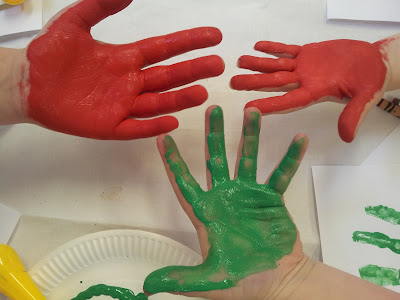 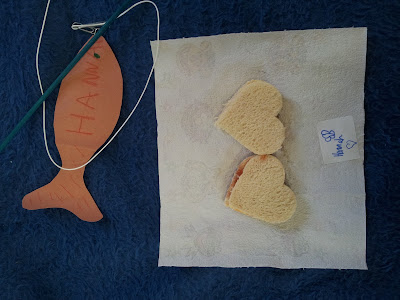 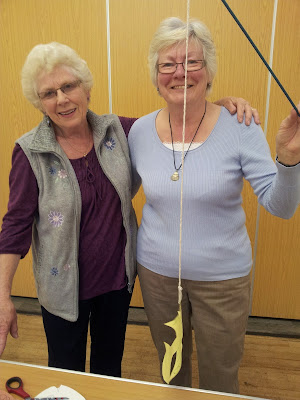 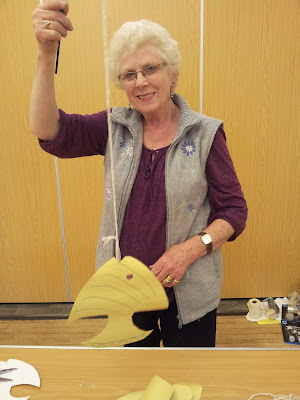 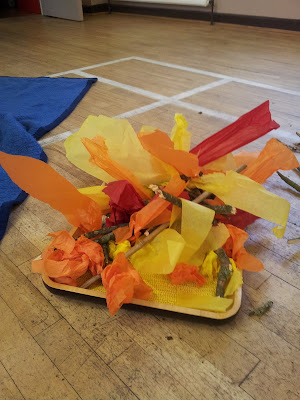 I managed to leave work rather early today after having made plan to meet Imo at M & S cafeteria. I rang her to let her know that I was coming.
Sadly she'd decided to walk to the gym and meet her friend there..
So I went home straight away and popped in Weston village hall where there was Messy Church.
I am so glad I had the opportunity to do so. The village hall was pretty busy with children involved in all kind of craft in a friendly and happy ambiance.  Many parents were there enjoying a drink and biscuits, having a joyful chatter with other mums and dads. If you would like to read my previous post on messy church click here!

We are a moment, You are forever
Lord of the Ages, God before time
We are a vapor, You are eternal
Love everlasting, reigning on high

Chorus:
Holy, holy, Lord God Almighty
Worthy is the Lamb Who was slain
Highest praises, honor and glory
Be unto Your name, be unto Your name
We are the broken, You are the healer
Jesus, Redeemer, mighty to save
You are the love song we'll sing forever
Bowing before You, blessing Your name 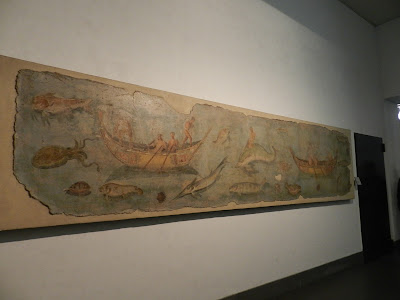 Last half-term, Steven and I had such a great time in Rome that we would like to go back to Italy this summer. However this time we would not stay in a hotel but in a campsite. So tonight I am scouring google map trying to find a suitable 'campeggi' preferably similar to a CL. If you know of any on the 'Liguria' that you can recommend, do let me know! :)


PS It does not have to be by the sea!
Have a blessed week!
N.

I will give You thanks

This is my special thanksgiving prayer for all the blessings the Lord has poured and is pouring on our family.
Have a blessed Sunday. N

On the road to Emmaus 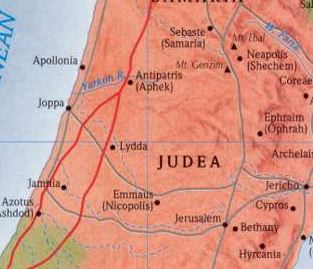 Of all the accounts made by  the different witness who met Jesus after he resurrected, this passage is my favorite. Both Mark and Luke mention this emotional scene.

Luke 24:13 Now that same day two of them were going to a village called Emmaus, about seven miles from Jerusalem.14 They were talking with each other about everything that had happened. 15 As they talked and discussed these things with each other, Jesus himself came up and walked along with them; 16 but they were kept from recognizing him.

17 He asked them, “What are you discussing together as you walk along?”
They stood still, their faces downcast. 18 One of them, named Cleopas, asked him, “Are you the only one visiting Jerusalem who does not know the things that have happened there in these days?”
19 “What things?” he asked. “About Jesus of Nazareth,” they replied. “He was a prophet, powerful in word and deed before God and all the people. 20 The chief priests and our rulers handed him over to be sentenced to death, and they crucified him; 21 but we had hoped that he was the one who was going to redeem Israel. And what is more, it is the third day since all this took place. 22 In addition, some of our women amazed us. They went to the tomb early this morning 23 but didn’t find his body. They came and told us that they had seen a vision of angels, who said he was alive. 24 Then some of our companions went to the tomb and found it just as the women had said, but they did not see Jesus.”
25 He said to them, “How foolish you are, and how slow to believe all that the prophets have spoken! 26 Did not the Messiah have to suffer these things and then enter his glory?”27 And beginning with Moses and all the Prophets, he explained to them what was said in all the Scriptures concerning himself.
28 As they approached the village to which they were going, Jesus continued on as if he were going farther. 29 But they urged him strongly, “Stay with us, for it is nearly evening; the day is almost over.” So he went in to stay with them.
30 When he was at the table with them, he took bread, gave thanks, broke it and began to give it to them. 31 Then their eyes were opened and they recognized him,and he disappeared from their sight. 32 They asked each other, “Were not our hearts burning within us while he talked with us on the road and opened the Scriptures to us?” 33 They got up and returned at once to Jerusalem. There they found the Eleven and those with them, assembled together 34 and saying, “It is true! The Lord has risen and has appeared to Simon.” 35 Then the two told what had happened on the way, and how Jesus was recognized by them when he broke the bread.

If you are interested to have this passage reenacted for a school assembly or a youth club, you can download an excellent script on Nige's Christian drama. Have a blessed day, your sister in Christ. N.

Posted by N Abram 5 comments: Links to this post

My song is love unknown.

I discovered this old hymn last month in church, made a note of its title on my phone and then forgot about it. Tonight to my surprise, I started to hum it and I had to google it to find the lyrics! It was written by Samuel Crossman  in 1664. Usually I prefer modern songs, still I will make an exception for this one.. not just because the music is beautiful but also the lyrics are incomparable, more powerful than poetry, starting with the title, love unknown that almost summarises the verse John 3:16  For God so loved the world that he gave his one and only Son, that whoever believes in him shall not perish but have eternal life.

So who was Samuel Crossman (1623 – 4 February 1683)?  He was a minister of the Church of England and a hymnwriter. Born at Bradfield Monachorum in Suffolk, he earned a Bachelor of Divinity at Pembroke College, University of Cambridge, and was Prebendary of Bristol. After graduation, he ministered to both an Anglican congregation at All Saints, Sudbury, and to a Puritan congregation.. Crossman sympathized with the Puritan cause, and attended the 1661 Savoy Conference, which attempted to update the Book of Common Prayer so that both Puritans and Anglicans could use it.
The conference failed, and the 1662 Act of Uniformity expelled Crossman along with some 2,000 other Puritan-leaning ministers from the Church of England. He renounced his Puritan affiliations shortly afterward, and was ordained in 1665, becoming a royal chaplain. He received a post at Bristol in 1667, and became Dean of Bristol Cathedral in 1683. He died on 4 February 1683, at Bristol, and lies buried in the south aisle of the cathedral at Bristol. Several of Crossman's hymns are preserved in the Sacred Harp.
Blessings. N.
Source: http://www.hymnal.net/hymn.php/nt/96#ixzz2Q0tPHG4j
Posted by N Abram No comments: Links to this post 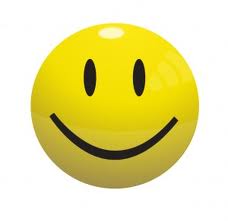 A few months ago, I mentioned that I had a problem to sort out the slide show on my  new template. I thought that I had to transfer my pictures on another website such as flickr.com. This did not work and I felt frustrated. So yesterday afternoon, I sat down and tried again. After a good hour of toiling and on the point of giving up, even thinking of changing template altogether, the penny dropped, all I had to do was to copy the url of the picture that I wanted and replace it. Answer to prayers! Fair enough, I still need to sort out the size of the pictures. Can you help ?
Posted by N Abram No comments: Links to this post