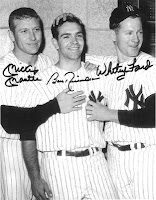 Bobby Richardson, the former Yankee baseball player, gave his testimony given at a Billy Graham's crusade in Honolulu, in 1965
Richardson wasn't shy about sharing the Gospel with Mantle, his teammate for his entire 11-year career.
In many ways,  he was one of Mantle's closest friends on the Yankees, even though Mantle resisted coming to Christ during his playing days and most of his life. Still, his Yankee teammates would overhear the two talk about God and other spiritual matters and would often comment on the matter.

"They would kid him in the dugout," Richardson said. "They would ask him, 'Hey Mickey, accepted Christ as your Savior yet?' And he'd say, 'No, but I'm working on it,' or something like that."

Richardson was a relentless witness. Faithfully praying for Mantle, he would invite him down to Sumter and to the University of South Carolina (where he coached baseball from 1970-1976, including the World Series runner-up team in '75) to putting on batting clinics.

But Richardson always felt eternity at stake and surrounded Mantle with as much essence of the Lord as possible. "I would either talk to him or put someone with him who was a really good witness," Richardson said. "And the Lord just used that. And really it was Pete Maravich who God used in the end."

Richardson suspects it was a Christian testimonial tape from basketball star Pete Maravich that convicted Mantle once and for all to give his life to the Lord.

According to Richardson, Mantle called him from the hospital after a liver transplant, saying, "I'm really hurting" and Richardson prayed with him over the phone. Shortly afterward, Richardson visited Mantle, who was also suffering from liver cancer, and as soon as Richardson stepped into his Dallas hospital room, Mantle couldn't wait to tell him the good news: He had accepted Christ as his Lord and Savior. Mantle even quoted John 3:16 to Richardson, who made sure Mantle understood the decision.

Mantle, 64, died shortly after on Aug. 13, 1995, and Richardson gave the eulogy at his funeral, which included a clear Gospel presentation.

"But if Mick could hold a press conference from where he is today, I know that he would introduce you to his true hero," said Richardson, according to the transcript of his funeral. "The one who died in his place to give him not just a longer physical life but everlasting life, his Savior, Jesus Christ."

I have attached a video clip of the testimony in the right column and please to read more click here
Have a blessed evening. N.
Posted by N Abram 1 comment: Links to this post

I started to blog on Xanga before I discovered that blogger was such a better platform. I am transfering some of those posts.

James Clerk Maxwell,
1831-1879 Scottish Physicist, discovered the relationships between electricity, magnetism and light and introduced the concept of field of EM force, Christian
"Happy is the man who can recognize in the work of today a connected portion of the work of life, and an embodiment of the work of Eternity."
"Think what God has determined to do to all those who submit themselves to his righteousness and are willing to receive his gift [of eternal life in Jesus Christ]. They are to be conformed to the image of his Son and when that is fulfilled and God sees they are conformed to the image of Christ, there can be no more condemnation."

Michael Faraday
1791-1869 British chemist who discovered Benzene, electromagnetic induction, lines of force, relationship between polarized light and magnetic fields. Strong believer in the literal interpretation of Scripture. Deacon and elder in his church.
"Since peace is alone in the gift of God; and since it is He who gives it, why should we be afraid? His unspeakable gift in His beloved Son is the ground of no doubtful hope."

Blaise Pascal
1623-1662 French mathematician & physicist. Father of the mathematical theory of probability and combinatorial analysis, he provided the essential link between the mechanics of fluids and the mechanics of rigid bodies.
"But by Jesus Christ and in Jesus Christ, we prove God and teach doctrine and morals. Jesus Christ, then, is the true God of men."
"There is a God-shaped vacuum in every heart."
"Belief is a wise wager. Granted that faith cannot be proved, what harm will come you if you gamble on its truth and it proves false?... if you gain, you gain all; if you lose, you lose nothing. Wage, then, without hesitation, that He exists."

Charles Coulson
1919-1974 British architect of molecular orbital theory. Pioneer of the application of the quantum theory of valency to problems of molecular structure, dynamics and reactivity.
"There were some ten of us and together we sought for God and together we found Him. I learned for the first time in my life that God was my friend. God became real to me, utterly real. I knew Him and could talk with Him as I never imagined it before and these prayers were the most glorious moment of the day. Life had a purpose and that purpose coloured everything."

Arthur Compton
1892-1962 American nobel Prize-winning physicist for his discovery and explanation of the change in the wavelength of X rays when they collide with electrons. Compton effect confirmed the dual nature of electromagnetic radiation as both a wave and a particle.
"For myself, faith begins with a realization that a supreme intelligence brought the universe into being and created man. It is not difficult for me to have this faith, for it is incontrovertible that where there is a plan there is intelligence--an orderly, unfolding universe testifies to the truth of the most majestic statement ever uttered--'In the beginning God.'"

PASTEUR
1822-1895  French chemist and microbiologist. He is most famous for inventing the process that keeps milk from going sour, which is now known, in his honor, as pasteurization. He also performed experiments that confirmed the germ theory of disease, created the first rabies,anthrax and chicken cholera vaccines, was a founder of bacteriology and made numerous discoveries in chemistry. Pasteur described on a scientific basis the process of fermentation, wine-making, and the brewing of beer. "He debunked the widely accepted myth of spontaneous generation and thus upset the evolutionists.
"The more I study nature, the more I stand amazed at the work of the Creator."

Albert EINSTEIN
'In view of such harmony in the cosmos, which I with my limited human mind, am able to recognise, there are yet people who say there is no God. But what makes me really angry is that they quote me for support of such views'.

Isaac NEWTON 1642-1727 English mathematician & physicist, one of the greatest scientists of all time.
Laws of gravitation and motion, developed calculus. Major contributions to optics, physics, math and astronomy.
The solar system itself could not have been produced by blind chance or fortuitous causes but only by a cause "very well skilled in mechanics and geometry."
"There are more sure marks of authenticity in the Bible than in any profane history.""No sciences are better attested to than the science of the Bible."
"This most beautiful system of the sun, planets, and comets, could only proceed from the counsel and dominion of an intelligent and powerful Being.... This Being governs all things, not as the soul of the world, but as Lord over all; and on account of his dominion he is wont to be called Lord God." Isaac Newton; Principles.
'Atheism is so senseless'.

Johannes Kepler:
1571-1630 German Astronomer (planetary orbits, optics, mathematical language of science)
The 3 laws of planetary motion. Advanced Copernicus' heliocentric theory.
"I believe only and alone in the service of Jesus Christ. In him is all refuge and solace."
"Since we astronomers are priests of the highest God in regard to the book of nature, it befits us to be thoughtful, not of the glory of our minds, but rather, above all else, of the glory of God."
“...the harmony in the universe is "a sacred sermon, a veritable hymn to God the Creator"....
"Oh God, I am thinking thy thoughts after Thee"

I find some of these quotes really inspiring. I found most of them on this website. Do let me know if you know of any others. I hope that you have an excellent half-term holiday! N. 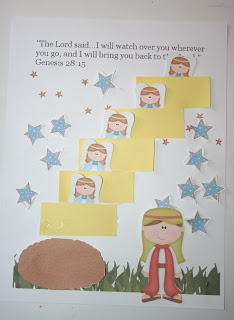 This morning at Hixon church, St Peter, I welcomed four children that I 'd never seen before. As an introduction, I asked them to tell me anything they want about the Lord so Tom mentioned that the Lord had created the world so we all agreed. This was a good start. Then I asked them if they knew about the Lord's promises and Soph (one of the younger ones) mentioned the boat and Tom who must have realised what she was talking about,  helped her: 'Yes, she means Noah's boat. So we talked about the Lord's promise to Noah: the covenant (agreement)  is in Genesis 9:14-16 14 Whenever I bring clouds over the earth and the rainbow appears in the clouds, 15 I will remember my covenant between me and you and all living creatures of every kind. Never again will the waters become a flood to destroy all life.16 Whenever the rainbow appears in the clouds, I will see it and remember the everlasting covenant between God and all living creatures of every kind on the earth.”
I then asked them if they'd heard about somebody called Jacob and they said yes! This was fantastic so we moved on to Jacob's dream at Bethel. We read Exodus 28: 11-15 and then watched this video: http://vimeo.com/61097262 A character called Commander Cosmo speaks about Jacob, his dream and the Lord's promise to look after him. Then for the main activity we used the resources that Lisa, a fellow blogger put on her website. Here is the link. http://ourcountryroad.blogspot.co.uk/ So we all had a very enjoyable session.
Have you experienced the feeling that the Lord 'watches over you wherever you go'? Even when I rebelled and did not want to think about the Lord, I know now that He was protecting me and helping me. And this is an awesome feeling to know that He is patient and loving.
For now, I am back marking and planning for the week coming. Do keep us in your prayers; may the Lord bless you in abundance, in Jesus' name. N. 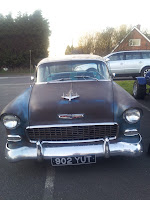 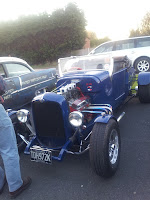 The other day, I was driving through Weston and 'stumbled' upon an exhibition of 'antique' cars. It was fun to go round and take a few photos and have a chat. I was told it is a monthly event. I am looking forward to go round the Open Gardens in Weston (see Compass magazine for more details). Have a blessed week-end! 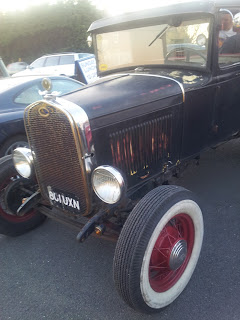 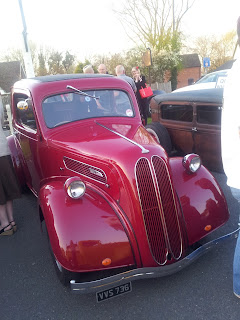 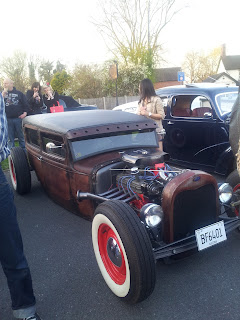 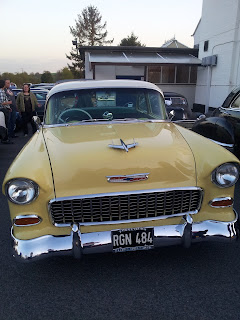 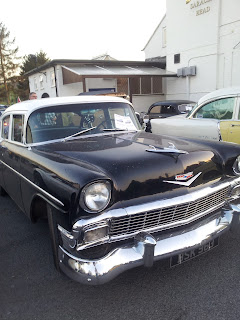 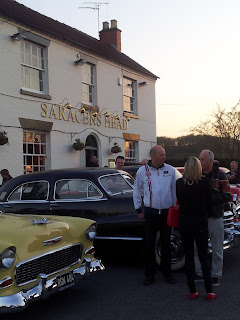 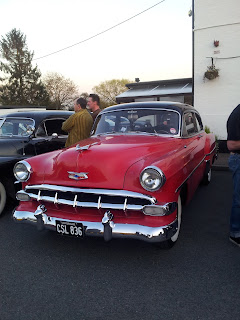 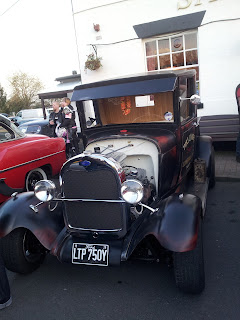 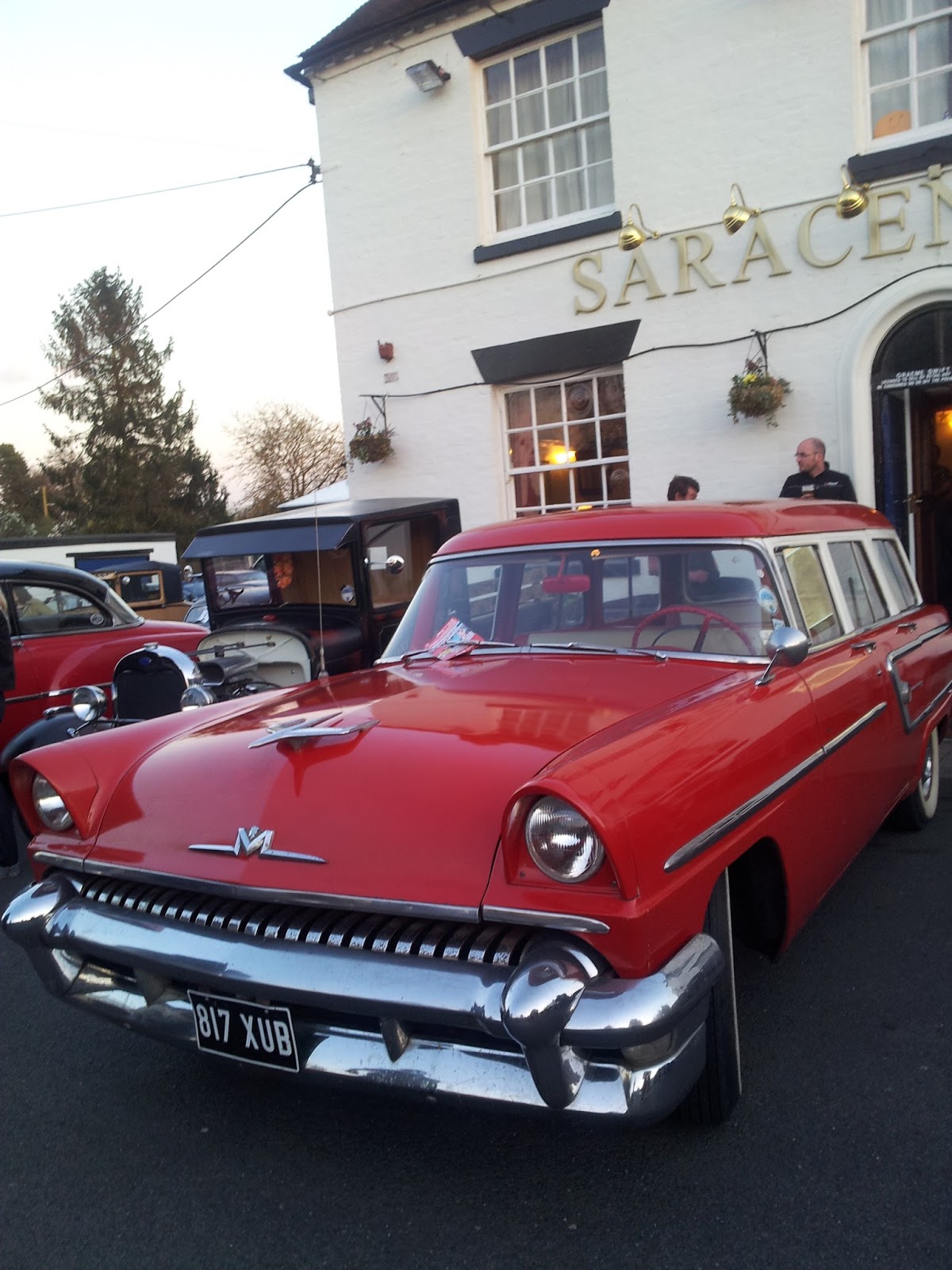 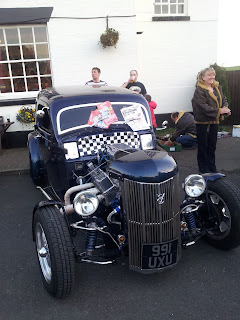