A break in Bologna

I have been in Bologna, Italy, for a few days, visiting . I flew to Milan with Ryanair, well in fact, Bergamo, 50 minutes far from Milan by coach. It was raining, cold and blustery! Camille met me at Milan train station. In the afternoon we saw the Arcimboldo exhibition at Palazzo Reale. For centuries Giuseppe Arcimboldo was forgotten until he was rediscovered in 1930, when Alfred H. Barr, director of the Museum of Modern Art of New York, included some of his works in the exhibition  Fantastic Art, Dada Surrealism.  In the evening, we took the train for Bologna. Camille found her bike and we walked to her place. I was surprised to see so many people out and about, chatting, drinking and eating pizza slices even though it was past midnight.

The following day, we got up at 11 and after a strong home-made coffee with no milk (!)we set out to visit, first the piazza Maggiore, a  huge square surrounded by Renaissance buildings. Then we looked at the two towers, the torre Asinelli and the torre Garisenda. The Garisenda tower was built  by Fillip and Ottone Garisenda in the early part of the 1100s. It was originally a height of about 60metres. The tower was reduced in size to its current 48 metres  in the 14th century  as it was in danger of collapsing. Later we went in the Basilica of San Petronio. Though it is the 5th biggest church in the world, its facade is not finished. The story says that in 2002, the basilica was the target of an unsuccessful terrorist attack. Five men, believed to have connections to Al-Qaeda, were arrested in connection with a plot to blow up the building. Another attempt, this time in 2006, was foiled by Italian police. Their reason was a 15th-century fresco by Giovanni da Modena that depicts a scene from Dante’ Inferno where Muhammad is shown in Hell being devoured by demons. 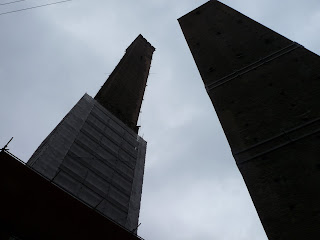 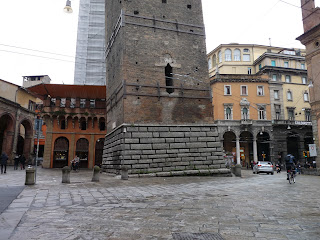 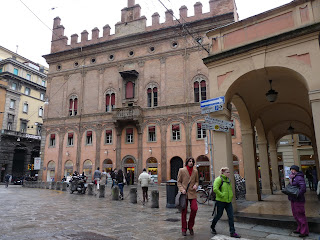 As you can see, I love the ochre color of the medieval buildings. 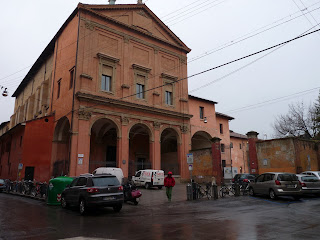 Lectures are held in various places. However Camille and her friends' lecturer cancelled his as he was ill (said the note on the door)

Blessings.
Posted by N Abram 6 comments: Links to this post

...then, this could be right for you. As I was wandering through the rejesus website I found this course Now a Christian designed for 'new or  lifetime Christian'. It seems really exciting. Why don't you join me and we could exchange impressions and comments! Yours in Christ. N.
Posted by N Abram No comments: Links to this post

Good news in Hixon.
We are getting ready to do a Start course that should start after Easter. I love the dvd and the activities. Personally, I think that Robyn and Phyllis are brillant and full of joy.
I invite you to pray for us while we are getting organised so that we utilise the resources for the best and that our group members (we are not sure who is going to come yet) discover the good news of Jesus. May the Lord give us strength and wisdom. In Jesus-Christ. Amen.
Posted by N Abram No comments: Links to this post 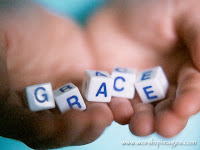 A man dies and goes to heaven. St. Peter meets him at the pearly gates.
St. Peter says, "Here's how it works. You need 100 points to make it into heaven. You tell me all the good things you've done, and I give you a certain number of points for each item, depending on how good it was. When you reach 100 points, you get in."
"Okay" the man says, "I attended church every Sunday"
"That's good, says St. Peter, " that's worth two points"
"Two points?" he says. "Well, I gave 10% of all my earnings to the church"
"Well, let's see," answers Peter, "that's worth another 2 points. Did you do anything else?"
"Two points? Golly. How about this: I started a soup kitchen in my city and worked in a shelter for homeless veterans."
"Fantastic, that's certainly worth a point, " he says.
"hmmm...," the man says, "I was married to the same woman for 50 years and never cheated on her, even in my heart."
"That's wonderful," says St. Peter, "that's worth three points!"
"THREE POINTS!!" the man cries, "At this rate the only way I get into heaven is by the grace of God!"
"Come on in!"
Hubby did not particularly find this funny. Could it be because since the beginning of they year he's had to take five funerals and there are more to come!  There are more, worse and better here. Do you have a favourite joke? Let us know! Blessings. N
Posted by N Abram 2 comments: Links to this post