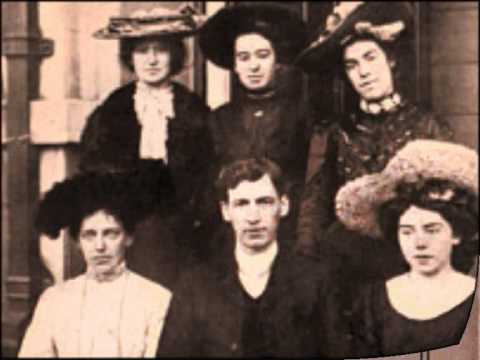 Evan Roberts (6/8/1878 – 9/29/1951) was a young coal miner and blacksmith apprentice. Some have called him the “silent evangelist” and God used Him in His dealings with the Welsh people. God gave him a vision of 100,000 souls to be won in his native land. His brief ministry only lasted a few months. His basic message consisted of four major principles.
Roberts entered Preparatory School in Newcastle Emlyn to study for the ministry. Shortly after his enrollment, in February, 1904, a little flock of believers in the village of New Quay met regularly to pray for a spiritual awakening. In one of these prayer times, Florrie Evans in a testimony time stood and stated, “I love the Lord Jesus Christ with all my heart.” The effect in the gathering was electric and many date the beginning of the revival in Wales to that meeting. Following this meeting several meetings were held in different places. In a meeting at Blaenanerch, Rev. Seth Joshua prayed, “O Lord, bend us.” That became the watchword of the revival. Others prayed, “Bend the church and save the world!”

The meetings spread into many different towns and cities. Shops would close early for the meetings and chapels were crowded. The road outside of the meeting places were lined with disappointed people who could not get into the meetings because of the crowds

The messages of Evan Roberts were simple and yet powerful, so much so that it was reported that even the bars (pubs) closed for lack of patrons. He told those who came that he had not come to frighten them with a discourse on the terrors of everlasting punishment. He believed that the love of Christ was powerful enough to draw the people and emphasized the joy of the Lord which was far beyond human expression.

There were more than a thousand people who were faithful church members, but recognized in the meetings that they had never truly become Christians. Even the crime rate dropped in the whole country. Denominationalism was set aside with an emphasis on God’s children in Christ becoming one to fight against Satan and to pray for the salvation of sinners.

This revival only lasted about nine months. It was stated: Why, there would be a perpetual revival if men would only keep their hearts open instead of closing them to every influence! It was not unusual for preachers to preach for more than an hour and at times the meetings lasted into the wee hours of the morning. It was not unusual for men and women to break forth into prayer and song. Many people could not explain what was taking place, but they all recognized that in some unexplainable way, the Holy Spirit was at work. So many people were being converted while others were getting right with God.

It is difficult for many Christians to even begin to imagine what genuine revival is like because for the most part, so few have ever experienced it. Have you ever felt the need to start praying for revival on a consistent basis? Have you ever shared that with another brother or sister in the Lord and gathered together to pray for such to take place in your life, your church and in your nation? Consider praying: “Oh Lord, bend me!” How about praying: “Lord, do it again! Start with me!” Create in me a clean heart, O God; and renew a right spirit within me (Psalm 51:10).
Source
Posted by N Abram 3 comments: Links to this post