Who is going to stop murderous Boko Haram?

A distraught father has described his constant anguish ever since his eldest daughter went missing two weeks ago during a murderous rampage by Boko Haram militants. "I am very worried about her," the dad in his 50s who asked to be identified as a civil servant told NBC News by telephone. "Every day I think about her, I have not even slept. I pray to God that she is still alive."

After attacking a military base near the town of Baga on January 3, the brutal Islamist sect turned its attention to the civilian population in and around the Nigerian fishing town. It torched thousands of buildings, kidnapped women and children, and killed townsfolk indiscriminately.

The father told NBC News that he only had enough time to bundle his wife and most of his children into a car, and head for the relatively safe haven of Maiduguri 100 miles to the south. But with the area under attack and the safety of his family to consider, he said it was simply not an option to travel across town to the home of his 23-year-old daughter and her husband.

How long are those massacres going to last unpunished? How long is Boko Haram going to taunt us? I say 'us' because I know that you and I feel the pain of all those parents and family members as if we were there with them.
A prayer.
Heavenly father, we ask you who are all powerful and omniscient to twart the plans of our enemies and give wisdom to our political leaders to help bring peace in Nigeria and the countries nearby. May your will be done. In Jesus-Christ, our saviour and redeemer. Amen. 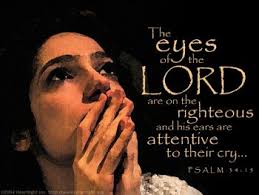 Well, it's this time of the year. We are off to Weston village hall for a night of fellowship and fun. Steven is getting ready, putting on the 'kilt' and I am told that Viv and Ian will entertain us by their witty repartees. The Scottish poet Robert Burns was born on January 25, 1759.  The evening centers on the entrance of the haggis (a type of sausage prepared in a sheep's stomach) on a large platter to the sound of a piper playing bagpipes. When the haggis is on the table, Steven will read the "Address to a Haggis". This is an ode that Robert Burns wrote to the Scottish dish. At the end of the reading, the haggis is ceremonially sliced into two pieces and the meal begins. I do think people attend if they like haggis. Personally I don't mind as I have an acquired taste for the French andouillette so..the haggis tastes more oaty than the andouillettes.
Have a blessed evening. N. 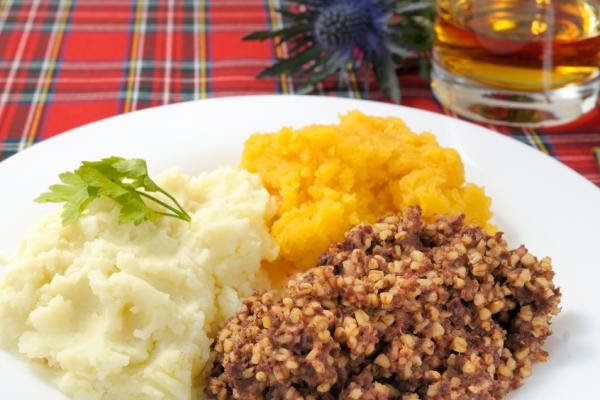 Former Muslim Nabeel Qureshi explains how his search for the truth about Jesus in scripture led to his conversion.
Contrast is the mother of clarity. So says author Os Guinness, and this principle is what ultimately led me away from Islam and towards the gospel.
As a young Muslim in the West, our community very intentionally defended me against Christianity, the majority religion. The first verses of the Koran that I and the other young children at our mosque memorised proclaimed that God is neither Father nor Son (based on Surah 112:3).
Traditions informed us that this teaching makes up a third of the Koran (Sahih Muslim 812), so we recited it every day. By the age of six, I had recited, ‘God is not a Father, God is not a Son’ thousands of times. It is no wonder I became a bold opponent of the Trinity.
We were also taught that Muhammad was God’s greatest messenger; the most perfect man who ever lived. We learnt the story of his life and did our utmost to follow it. We emulated him to such a degree that we even attempted to walk into   the lavatory the way he did. The reverence we accorded him was barely secondary to our reverence for Allah.
Although Islam teaches that the Bible and the Koran originated from God, we were effectively instructed that they were polar opposites: the Bible has been polluted, the Koran remains pristine; the Bible is partially the word of man, the Koran is purely the word of God; the Bible contains contradictions, the Koran is completely coherent; the Bible leads to confusion, the Koran leads to life.
So, as a young Muslim I ardently called others to the way of Islam. I was certain of its truth. My confidence in Islam translated into zeal for Allah, Muhammad, the Koran and sharia. But contrast is the mother of clarity.

I met a young Christian named David, and we quickly became firm friends due to our common morals and devotion. The time came when I challenged him on the reliability of the Bible, and I had finally met someone who was equipped to defend his faith.
Ultimately, he challenged me to contrast the history of the Bible with that of the Koran. It was then that I discovered there had been so much dispute over the Koran early in its history that an official edict established one standard Koran and ordered all the rest destroyed (Sahih Bukhari 6:61:509-510). There was no occasion for the Bible to have been officially altered throughout Christendom, but there was certainly occasion for the Koran to have been modified throughout the House of Islam, and records remain of old variants that testify to former versions.
While discussing the Bible and the Koran, I also challenged David on the divine authority of Jesus. He responded to my points, but he also challenged me to contrast my arguments with a case for the authority of Muhammad. It was then that I realised my standards for criticising the origins of Christianity would raze the foundations of Islam if I applied them consistently.
Though I doubted the reliability of the Gospels, written in the lifetime of Jesus’ disciples, the entire edifice of the Sirah (various traditional Muslim biographies of Muhammad) rested on accounts from 150-250 years after his death. The earliest account of Muhammad’s life is only known to us because one devout Muslim preserved it, and he uses no uncertain words to say that what he received contained fabrications and false reports (Ibn Hisham, who edited Ibn Ishaq’s Sirah Rasul Allah).
By contrast, the case for Jesus’ death, deity and resurrection was very strong, built on early records that were most coherently explained by orthodox Christian positions. It was through this contrast that matters became clear.

THE CASE FOR CRUCIFIXION

While still contemplating these issues as a Muslim, I attended a debate between a Christian called Michael Licona and a Muslim called Shabir Ally on the topic of Jesus’ resurrection. A trend in Ally’s thinking emerged through the course of the debate, and what I saw shook me.
Multiple ancient sources report Jesus’ death by crucifixion, including Jewish, Gentile, and Christian records. These reports are so numerous and the surrounding circumstances so clear that even atheist and agnostic scholars say Jesus’ crucifixion is among the surest facts of history. But with excessive scepticism, one can deny anything. Ally advanced the koranic view of Jesus: that, despite all the reports, Jesus did not die by crucifixion.
But what reason is there to stand by the koranic claims about Jesus when all the other records disagree? The Koran was written 600 years after Jesus and 600 miles away. The only reason to believe the Koran is an a priori faith in Islam. That is why only Muslim scholars deny Jesus’ death by crucifixion. Ally was very sceptical with the Christian case but not nearly as critical of the Islamic perspective. No contrast, just one-sided criticism.

That was 2004, and I continue to see the same trend among proselytising Muslims today: constant criticism of Christianity in the face of rather uncritical acceptance of Islam. I see many young men zealously championing Islam, and they remind me endearingly and dishearteningly of my younger self. I see them as sincere, honest, devout young men who usually haven’t seen an equal treatment of these two faiths.
Is there no one to befriend them, as David befriended me? Is anyone praying for them, as David’s church prayed for me? Is anyone loving them as Jesus would, with both compassion and truth?
Through dialogue, these young men, precious to God, might come to see that the Christian view of Jesus is much earlier, more coherent, and better evidenced than the Muslim view of Jesus. They might come to see that Islam is built on much weaker foundations than Christianity. In turn, they might stop leading people away from Jesus and instead become evangelists for the gospel. It happened to me, and it can happen to them.
I found this exciting story in the Premier magazine and if you follow the link you can also read:
Read our  interview with Shabir Ally. Islam's Apologist: Why I believe what the Koran says about Jesus

Now to him who is able to do immeasurably more than all we ask or imagine
according to his power that is at work within us, to him be glory in the church
and in Christ Jesus throughout all generations, for ever and ever. Amen
Ephesians 3:20-21 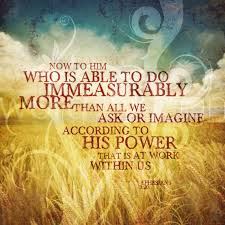 Do you know who is Jesus?

Who do you think Jesus is?