The school diary: a European blunder or a deliberate decision?

The Europa Diary of the European Commission   Each year, the European Commission publishes a European school diary for schoolchildren throughout the European Union. Three millions copies of the 2010-2011 version of this diary, distributed to schools for free at the request of teachers, have been edited.The current version of this diary does not mention any Christian feasts, but do give the dates of Islamic, Sikh, Hindu and Chinese feast days.It does not refer, for example, to Christmas, recently celebrated through all Europe.
Why is this omission unacceptable ?   - The role of Christianity in the European construction is an undeniable and historical fact. How can this diary pretend to inform teenagers about the EU, removing all references to Christianity, negating a religion that contributed so much to its construction and unity ?
- Christianity is the first religion in Europe. This oversight offends many people. The denial of something so important for them, the oversight of the values and beliefs they share, is intolerable.
- Christianity is not only a religious factor, but also a cultural and founder factor of the history and identity of many European Nation’s. Christian holidays, in particular Christmas and Easter, absent in this diary, are celebrated through all Europe by many persons, even non Christians.
Whatever the reasons of this oversight of the Christian holidays in the 2010-2011 Europa diary may be, with this petition, we ask :
- That the school diary, in its current version, may not be distributed.
- That the future 2011-2012 diary explicitly mentions Christian holidays.
I have signed the petition, if you want to join me, click on this link.
Posted by N Abram 2 comments: Links to this post 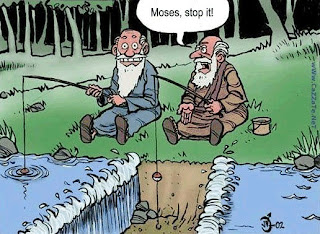 I don't know about you but I have found it very hard to get to a routine after the Christmas-New Year break. I thought that I was very good at cramming everything in a day, the important and the trivial. Somehow, it is not working so smoothly..and I am running after time....

Last week I was reading Exodus and tonight, I found this picture.. of course it is silly but hey why not!

Yesterday I went to the doctor as I wanted to find out why I keep having pins and needles night and day almost continually.. I still don't know why as I had to have a  blood test and they will 'investigate'..so we shall see..
Last night, I was reading Job 12 and I share the following verses that struck a chord in my soul
Job 12: 9 Who doesn’t know that in all these, the hand of Yahweh has done this, 10 in whose hand is the life of every living thing, and the breath of all mankind? Not only the Lord's power is awesome but in view of what happens in the world or near us, it is so reassuring to know that He who is holy and loving, is in charge. What do you think?
Blessings,
N.
Your sister in Christ.
Posted by N Abram No comments: Links to this post

Too young to care

Tonight, I watched on ITV 1  the last programme in a series looking at childhood. The journalist Jonny Maitland I quote, hears the remarkable and courageous stories of children as young as 12 who have to juggle school work with the pressures of being a full-time carer. It was heart-breaking to see how much those loving children had to do, looking after their parents and as it was said, without complaining about it. So brave!
It's estimated there could be over a million children in the UK who care for a sick or disabled relative.
This 'hidden army' of young carers is faced with huge levels of responsibility which can force them to grow up much quicker than their peers – effectively ending their childhoods early. What was upsetting is that they would not tell the social workers about their difficult situation for fear that they would be taken away from their family. It’s thought that at least one in twelve school children has a caring role, yet there's growing concern that these children are not receiving enough support to cope with their situations.And in an exclusive survey – carried out by the Children’s Society for the Tonight programme – we look at the impact that young carers’ responsibilities have on their lives.

Peace on Earth? - Answers in Genesis

Wishing you all a very happy and blessed New Year 2011. May the Lord pour his blessings on you, your family, your friends and your church.Yesterday we also celebrated Steven's 60th birthday and  it was lovely to have lots of family members with us. 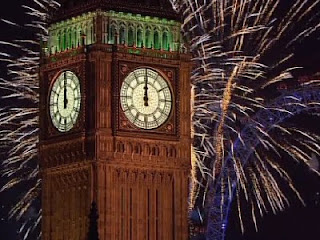