Do not worry about your life... 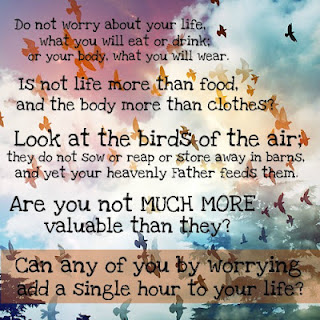 Matthew 6:25-33
When I was a youngster it was meat and two veg, by and large. There were no curries, pizzas, spaghettis - unless it was from a tin, no Chinese meals and some of the fruit and veg was delivered by Mr Jarvis with his horse drawn trailer and the horse ate oats from it's nose bag. The veg we got were the more traditional; carrots, peas, cabbage, cauliflower, various beans and I am not sure about broccoli - don't think that was around much.
We didn't have a TV until I was six and there were two channels with 405 lines - no 625 lines or pixels or colour for that matter and it wasn't all day and night. We didn't have a phone until I was about 13 and I didn't have a mobile phone till I was 50 and it was a phone and had text and nothing else.
It was only in the mid 60's we started to try curry and from that time that the world started to shrink in a variety of ways and it wasn't because I was getting bigger. It was the advent of what we might now refer to as instant global communications - I remember Sputnik 1 the first satellite and a few years later the first transatlantic satellite broadcast which lasted about 30 minutes. Men going to the moon, the first digital watches in the 70's. I started with computers - if you could call them that - in 1984; 1k of memory!
The world has got smaller, in a way, and we know more about what is happening; what people eat, how they live and we hear more about earthquakes, famines, storms etc. and all very quickly. We see graphic pictures from far and wide and a lot of the world comes to our living room or even mobile phone!Hence, knowing so much about our world and being able to enjoy a much wider variety of what is produced our Harvest Celebration can take on something bigger and with that has to come our care for planet earth which we realise has been increasingly abused since probably the late 17th century and the start of industrialisation. Of course, some things have improved in our corner of the world: beaches are cleaner, rivers that had lost fish have them again and the old pea-souper fogs seem to have gone. But we hear of climate change - is it or isn't it? Who knows except I can't help but think we are doing some damage and that therefore part of our husbandry - a duty given by God in the first pages of Genesis  and which should naturally arise from Harvest Celebration - is something we should take seriously as a matter of course and not because of fear.
Planet earth is awesome and what it can produce - often with a little (or much) help from our friends - is incredible, and, today we have the opportunity to enjoy more of it . Wearing it, eating it, going to It, experiencing it etc.
Thanksgiving is good and proper; appreciation is helpful and the two should lead us to respect and use aright, as best we can, what is here so that whatever changes are taking place, natural or otherwise, we and others can continue to enjoy the good things that are around.
There is no point worrying about the basics of life as life is more than this.
Jesus was speaking into the materialism of his day which compared to ours was very different. However, materialism is not about how much or what we can get and have, it is an attitude of mind and anyone in any society in any age can be materialistic. What Jesus is saying is that there is more. Having it all, whatever it all is, does not make life or indeed happiness.
There is much in the world that looks after itself very nicely
And he gives some simple examples of birds and flowers and the wonder of what they are without toil and the like. He is not laying down concrete facts but is being illustrative. We know that much in the world about us can be devastated by adverse conditions and Jesus knew that too. But he doesn't dot i's and cross t's because he is using broad pictures that are meant to make a simple point to us, and if we let them, they do. He is also saying that this life is passing and not lasting so why look to things that are and which will perish and fade.
The Priority is God, his Kingdom and what he wants
Here we come to the focus and pattern of Jesus and what he calls us to and that is, above all, to be in tune with God and His ways, His rule and His priorities.

In Jesus' book here we have a focus that is beyond the passing and of the things that fade and perish. More, this is a regular thrust from him in one form or another. Don't get it wrong, Jesus isn't anti the material world. He made it and enjoyed lots of the good things in life whilst he was here. What he is saying is there is more . . don't miss is, don't lose sight of it.

Thanksgiving, such as we are doing today, giving, receiving, sharing and celebrating are an antidote to being materialistic  because then we are appreciating the giver rather than what is given in a wrong way and being bound to it.

We live in a material world but we don't have to be bound to it. It is a world God loves and for which Jesus died so it and those within it can be restored and made new.
Conclusion
I wonder - if we could look at the world, life, what we have and don't have more as Jesus would have us look - how would it be different? Would we be more chilled, a little less held by the growing grip of consumerism. Liberated more to see the beauty and wonder of the natural world as we see how it is and the awesome way it is held under God's creative care and love?
S. Abram

The Harbinger, fact or fiction 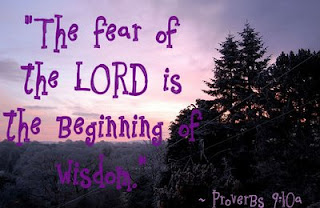 If any of you lacks wisdom, you should ask God, who gives generously to all without finding fault, and it will be given to you.James 1:5
This week-end, I have had to think about organising my time so that I can do a bit of blogging..and it seems to work.  I have been back at work for the last two weeks and I haven't had much free time. This afternoon, Steven and I went biking to Shrugborough then going through Colwich and coming back on the A51. It's been a beautiful day, warm and sunny, so we thought that we'd make the most of it.

Tonight, I was watching an interview of the author Jonathan Cahn talking about his book The Harbinger. Have you heard about it or have you read it?
This is its promotional ad: Is it possible...
• That there exists an ancient mystery that holds the secret of America's future?
• That this mystery lies behind everything from 9/11 to the collapse of the global economy?
• That ancient harbingers of judgment are now manifesting in America?
• That God is sending America a prophetic message of what is yet to come?
"Before its destruction as a nation, ancient Israel received nine harbingers, prophetic omens of warning. The same nine harbingers are now manifesting in America.... 'Hidden in an ancient biblical prophecy from Isaiah, the mysteries revealed in The Harbinger are so precise that they foretold recent American events down to the exact days. ... IT’S REAL." In the days and weeks after 9/11, one could hear or see the words “God bless America” almost everywhere. And yet in the years since 9/11, the words “God” and “Under God” have increasingly been under attack or, worse, hidden away from American culture. It was not long after 9/11 that a case arose challenging the words “under God,” in the pledges of Allegiance. A federal judge in California ruled that the words “under God” in such a pledge were unconstitutional.
In more recent days, other controversies rose around the same issue. The president was addressing a Congressional Caucus and quoted from the Declaration of Independence. He stated
“We hold these truths to be self-evident, that all men are created equal, that all men are created equal,
endowed with certain inalienable rights: life liberty and the pursuit of happiness.”
It sounded right – except for one thing – something had been taken out. Here is the actual text of the Declaration of Independence with the missing words restored in bold:
“….that all men are created equal, that they are endowed by their Creator with certain inalienable rights: life liberty and the pursuit of happiness.”
I cannot comment on the book myself as I have not read it, as a fiction book, it seems interesting. However as Johnathan Cahn talks about facts and new prophecies, you may want to read those two websites that examine the book in the light of the Bible The Harbinger: fact or fiction and what's wrong with the Harbinger's ancient mystery.
I will endeavour to post more often..Have a blessed week-end. In the name of Jesus.
Posted by N Abram 2 comments: Links to this post