In France for a week 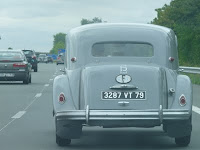 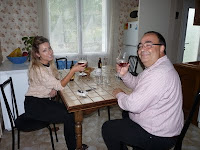 The girls and I left for France last Saturday at 11 am and after four heavy traffic jams, we arrived in Dover just half an hour before boarding on a Seafrance ferry at 16 30. Then we drove to Rouen and stayed in the hotel La Campanile. I asked Cami to take a photo of that old Citroen (?) car while on the motorway, the autoroute A28

We arrived at my brother in Niort in the middle of Sunday afternoon. He'd prepared a lovely 'chicken chasseur' served with rice. 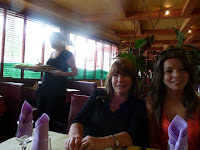 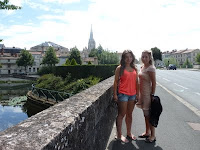 Walking back to the town centre after Denis dropped us off at the 'cordonnerie' where we asked if Cami's handbag could be fixed...err..I am on holidays soon so it won't be for a while. We left the bag with him.
Monday night, we were invited at an 'apéritif' to meet DRD's friends, Mme M. and her daughter Catherine. Could I possibly drive Catherine to the station on Tuesday at 13:45 as my brother had offered! I agreed then kept worrying about it. What if I got lost in spite of the short explanations written quickly? Finally Tuesday morning  I decided to  find their house early, knocked on their door and Mme M recognised me, her face brightened up.' I am so reassured to know that  you found your way here!' Then we had a stroll in the 'centre-ville' of Niort and a 'grand-crème' in a café near the market and the 'Donjon d'Alienor d'Aquitaine' that dates from the 12th century  (photo) 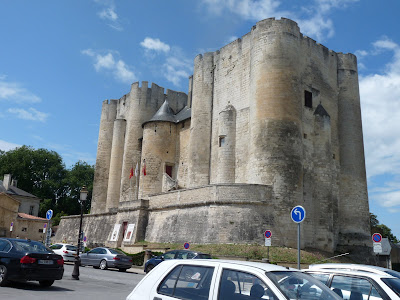 On the Wednesday, we went to la Rochelle, had lunch in a restaurant Le Bodegon, cours des Dames,  in front of the harbour and the two towers 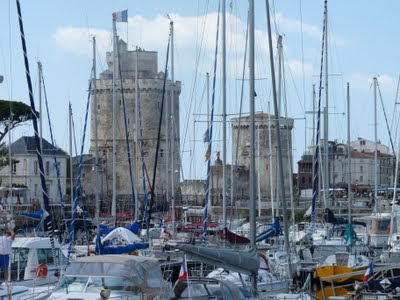 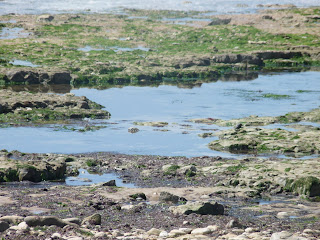 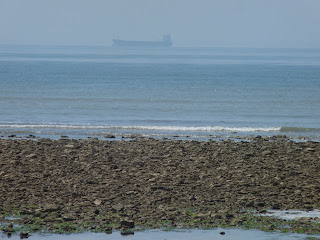 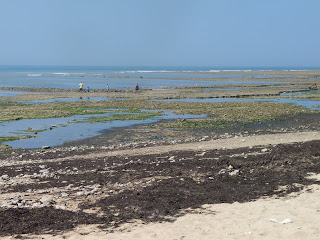 Friday we went to the quiet and dainty island of Ré. As we discovered the beach at low tide, we had a feeling of 'déjà vu', we could have been sitting at Peel, in the Isle of Man.
We came back home monday morning at 1:30 am. We left Niort at 7:45 Sunday morning and the roads were clear until mid-morning, heavy traffic around Rouen.We also paused for coffee and rillettes sandwiches with frisée lettuce. Soon after Rouen, I realised that we would not make it to the boat at Calais on time for 2:30. When we arrived there at 3 pm, I was told the next crossing available on Seafrance was at 6:50 pm so we waited at the restaurant. We left Dover customs at 8 pm English time (there is one hour difference) and headed to the M25. By then I was exhausted and told the girls I would need to sleep for 20 min in one of the services, the one by Oxford. I felt so much better after. I asked the Lord to give me strength to finish this long journey.
Blessings. N.

Have a good time. I love the car

Thanks Amrita! There were a few other 2 CV citroen cars when we came back but the photos got a bit blurred!
Have a blessed week-end. x