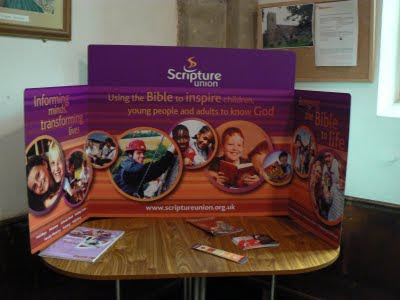 Malachi 4:1-6
and Mark 1:1-6
Who can remember and tell me what is deemed to be the greatest cliffhanger for any continuing TV series ?
The shooting of JR which was shown on the 21/03/1980. There were T-shirts and mugs and all sorts over the summer with 'who shot JR?' or 'I shot JR.. Do you remember? There was lots of speculation too..Larry Hagman says that even the Queen Mother tried to find out from him who it was only to be politely declined the answer. Everyone had to wait because of an actor's strike..So do you remember who did it?
Somebody said: Kristin. Correct, it was revealed on the 21/11 that Kristin Shepard shot him.
It was the greatest TV cliffhanger but guess what, it wasn't the greatest cliffhanger, we can beat that!

Malachi is the last of the Old Testament prophets and he says : Remember the law of my servant Moses, the decrees and laws I gave him at Horeb for all Israel, Malachi 4:4. Israel struggled to remember and keep God's laws, God's word and they had prophets after prophets remind them and call them back to the Lord as they strayed and increasingly went after 'other gods'. In the 6th century they lost their land and were exiled to Babylon. The Lord God warned them this would happen if they weren't true to Him and it did happen because they didn't follow his Word. After the exile, as people trickled back in dribs and drabs, the city and the temple were rebuilt. Malachi didn't just encourage them to remember God's word, he said:
'See, I will send you the prophet Elijah before that great and dreadful day of the Lord comes'. Over the years of silence that followed people started more and more to take hold of these and similar prophetic words and increasingly Israel became true to the word of the Lord and expecting an Elijah figure to come and announce the imminent arrival of the day of the Lord. They expected the Lord to do something mighty and so a great cliffhanger of speculation and expectation started.
Malachi could have written this anytime from 568-433 B.C so speculation went on until a guy who looked like and sounded like a prophet appeared in the Judaean desert. Mark the first gospel writer pick up almost where Malachi left off - no birth of Jesus account, straight in with a huge announcement, Mark:1-1 Then just before Jesus goes back to heaven, read Matthew 28:18-20. To put it another way, remember the Word and share it with others till the day of the Lord. We sit within the greatest cliffhanger ever and Advent Sunday underlines and reminds us of this.
In conclusion, to remember God's word, it is necessary to read it, to share God's word, we have to live it and to teach God's word, we have to speak it, till he comes again!
Rev. S. Abram
Posted by N Abram